Today’s times have caused major changes in physical store sales around the world. Thus, merchants had to reinvent themselves and find new ways to sell at a distance. In this wave of novelties, Live Commerce, also called live streaming or live shop, presented itself as one of the most promising trends in e-commerce and as a way to increase sales, even with Covid’s restrictions.

Lives on social networks, which were so successful during the confinement, have given strength to a new way of selling that is a mix between entertainment and business. The sales model was imported from China, where it generated $200 million in 2020 sales. The format, however, still has a lot to offer to reinforce the changes generated in e-commerce in the new market scenario.

But, after all, what is Live Commerce?

Live Commerce is nothing more than a strategy that uses the interaction provided by the live streaming transmitter to leverage sales. Through this type of “live commerce,” the salesperson promotes the products and services very closely to the consumer, which results in greater engagement and more conversion into sales.

The trend began in China and has spread worldwide, with the addition of multinational brands such as Dermage, Givenchy, and Dolce & Gabanna. According to Research and Markets estimates, the global “social e-commerce” industry is expected to earn $600 million by 2027.

The great differential of Live Commerce is, precisely, the mix of entertainment with the sales techniques used to convince the customer to finalize the purchase at the moment of the live. For this, brands are betting on trained salespeople and digital influencers with the power to create the necessary “buzz” around the advertised products.

According to a report by GlobalWebIndex, livestreams presented by digital influencers have great conversion potential. According to the report, 70% of consumers in the United States are willing to shop with influencers. In China, the number reaches 80%!

By betting on mental triggers such as scarcity and urgency, since this type of live usually offers discounts and benefits exclusive to the moment of transmission, the strategy shows success in converting viewers into customers.

In addition, Live Commerces also play another important role at the moment of conversion: they generate trust and connection, and have the power to instruct consumers to buy correctly and safely, thus making the final step in the game of persuasion.

According to data from the United Nations Conference on Trade and Development (UNCTAD) e-commerce ranking, 38.3% of the Portuguese are e-commerce advocates. Therefore, Live Commerces has a great potential to be explored and to generate growth for the industry.

Why is Live Commerce beneficial?

Besides obvious reasons such as increased conversion rates and sales, Live Commerce is also a promising trend for e-commerce in general. Data from the Wyzowl survey indicate that:

In other words, Live Commerce is a complete dish for consumers. This is because it is valuable content that answers numerous customer questions at the same time, resulting in a decrease in search time.

The strategy also has other benefits, such as the ability to show product details in different ways, run exclusive promotions in real time, and improve the customer’s shopping experience.

All these advantages ultimately lead to the point that all marketers crave: increased sales conversion rates. 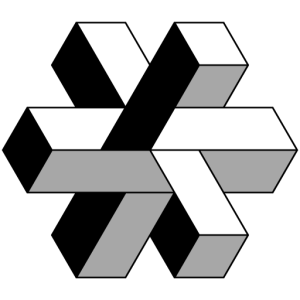 We are a team passionate about Digital Marketing and Technology. We are spread across the continents of the world and united by the same passion: sharing knowledge and taking business to another level of results =) How to engage on Twitter? Learn from these great brands 

There is no denying that Twitter is one of the most iconic social networks on the Internet. This is because the platform was created in Magento, Vtex or Woocommerce: Which ecommerce platform is best?

If you are looking for a robust e-commerce platform that supports a high number of transactions, there may be many questions! To help you with

When you visit any web site, it may store or retrieve information on your browser, mostly in the form of cookies. Control your personal Cookie Services here.