Setting up and optimizing ads on the Google Display Network can be a complicated process of trial and error. However, one of the best ways to avoid wasting money and effort is to know the image formats for Google Ads that should be used.

We have already told you in previous content what Google Ads is and how to create a Google Ads account. However, for the ads to be really effective, it is very important to understand the image formats of Google Ads. So, in this new article we’re going to give you a complete guide on the subject!

YES! With capital letters and everything! When advertising on the Display Network in Google Ads, one of the many considerations you need to make is the format of the image used. It would be much easier to just create an ad anyway and let it run, but the truth is that this will definitely impact on the results.

On the Display Network, the websites running the ads have control over the size of the featured ad. So if they want banner images on the sides, top or bottom of the site, for example, it’s important that the ad meets that requirement.

Choosing the wrong size effectively limits the reach of campaigns. And if the campaign is targeted to a specific niche, the ad can become completely ineffective.

According to the latest data provided by DoubleClick, a company specializing in digital advertising acquired by Google, some ad sizes tend to have different click-through rates. In most cases, 300×250 ads get more clicks per day.

However, even if from the data above the 300×250 size seems the best option to display the ads on the largest possible amount of sites, it is important to know that campaigns can be harmed if only the more traditional formats (300×250 and 728×90) are used.

As mentioned previously, each site decides the size of the featured ad. Therefore, it is always important to create ads of all image formats for Google Ads in campaigns and optimise each one as much as possible.

Furthermore, there is another important consideration with regard to image formats for Google Ads: mobile devices. More and more websites are using Display Network ads for mobile and consumers are starting to pay attention to them. Therefore, it is necessary to keep the mobile version in mind when creating your images and choosing the size to be used.

After all the above, it’s undeniable that the image format for Google Ads is very important for ad performance, isn’t it? After all, it can affect where you place your ad, how often users view it and even whether or not it will appear in the Mobile Display Network.

This image size is known as a ‘medium rectangle’ size and, as we saw earlier, is one of the most widely used banner ad sizes on the Internet.

As you can see, the 300×250 image format for Google Ads is relatively small and doesn’t take up much space on the page, especially compared to higher sizes like 300×600, for example.

And that is one of the reasons that make it a great option. Another advantage is that this type of ad is usually embedded in the text, which decreases the chance of consumers passing straight through it. Therefore, the size and positioning in the text are the great strengths of Google’s number 1.

The second ad type is known as the ‘large rectangle’. Although this format does not receive as many impressions as the first, it is still widely used on many websites.

This format has practically the same size as 300×250, so it’s also an excellent option for appearing in the middle of texts and articles, without getting in the way of viewing.

This image format for Google Ads is called a ‘header’, as it is usually displayed prominently at the top of the page on which it is published.

According to Google, this type of ad should always be positioned at the top of the content or site. If it is elsewhere on a site, you can choose not to remove the ad from the page.

The 300×600 format is known as “half page”, even though it does not actually cover half of a full page. The aim of this type of ad is to give the advertiser more space to convey their message. In addition, by occupying more space the visibility is greater, increasing the chances of getting a click on the ad.

According to Google, this ad format is currently among the fastest growing sizes per impressions due to its ability to deliver greater visual impact.

This ad size is called the “large mobile banner” and Google recommends it over the shorter or taller options like 320×50 or 300×250, for example.

ese ads fit well on the screen and do not impair page view. As they are smaller, they are also a good choice for mobile devices. In addition, this format also offers better visibility than shorter images on mobile devices.

Nowadays, everything should be designed to be mobile-first. Including Google Ads campaigns.

Mobile data traffic continues to increase rapidly. In January 2021, the total number of mobile Internet users was 4.32 billion globally. Therefore, with so many consumers browsing the internet on their phones, you need to ensure that your ads are optimised for mobile.

Google Ads is the most popular type of ad clicked on mobile devices, so it’s worth investing in mobile optimised formats. Some mobile formats overlap well with the sizes that appear on desktop devices. However, some desktop sizes do not fit well on mobile devices.

So, check out the image formats for Google Ads that should be considered for mobile device optimization:

By optimising ads for mobile devices, you can ensure that the creative is presented in the best possible way for the mobile-using audience – that is, the majority of the audience.

See how understanding image formats for Google Ads is an important step towards improving campaign performance? If you need help to improve your company’s results, we can help you with digital marketing services! Contact us and learn more. 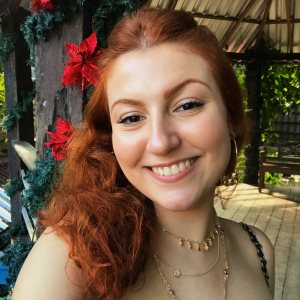 PrevPreviousWhat is Google Tag Manager and how to use it?
NextFacebook Ads: see which image and video formats to use in each adNext

All developers or even marketing teams and entrepreneurs who manage a WordPress site, whether it’s a low or high access site, have experienced problems with

Learn about TikTok ads and how to create a campaign

There’s no denying that the social network of the moment is TikTok. And if you still think TikTok only reaches Generation Z audiences, you’re missing